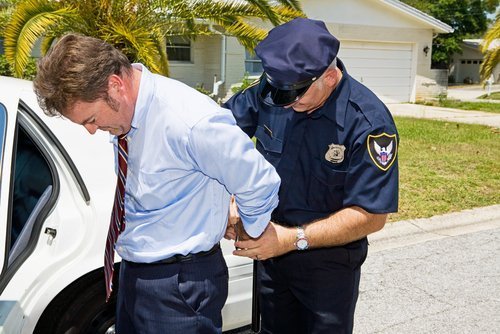 The Most Frequent Mistakes

Before a police officer can ask a suspect any questions, he is obligated to read the suspect her Miranda rights. The statement explains some of your rights. It warns you that they can use everything you say against you in court and that you can ask for a lawyer before you answer any questions.

But sometimes, in the heat of the moment, an officer fails to read you your Miranda rights. In those situations, none of the information the suspect gives during the questioning can be used in a court of law. The judge will suppress it, and you may even avoid a conviction. It’s worth noting that a failure to read Miranda Rights is not a reason for your case to be immediately dismissed. The only thing it effects is the information you told them.

2. Asking questions when a lawyer is requested

The moment you request a lawyer, a police officer needs to stop asking questions until your lawyer is present. At times, an officer might disregard your request. Any information you give to the police can be suppressed because of this error. It’s one of the many reasons you should request a lawyer as soon as the police have you in custody.

In drug possession charges, police sometimes found evidence of drugs in your home. However, if they obtained that evidence in an illegal search, anything they discovered during that search may not be permitted in a courtroom. An illegal search occurs when there was no warrant or probable cause to search a property.

Officers are not allowed to search your home unless they have good reason to believe that you have drugs in your home. It’s not enough for them to have a hunch; they need to have evidence to back it up. Although they don’t need as much evidence as they would to prove someone’s innocent or guilt, police officers need some firm details. If they don’t have any proof, then any drugs found on your property will not be allowed in court.

Car searches are more lenient than house searches, but police still need permission to check areas like your trunk. They can use drugs found in plain view against you during a traffic stop, but an illegal search of a trunk or glove compartment can lead to the suppression of key evidence and the dismissal of the case.

An officer could get carried away with a theory, and that could jeopardize his investigation. He may have ignored other leads because he wanted to pursue leads that supported his own theory. In doing so, he may have ignored important pieces of the puzzle.

The same applies to evidence. An officer may have ignored some pieces of evidence because they didn’t fit with his theory. As a result, he may have missed out on evidence that could have pointed to your innocence. The improper investigation could be reason enough to lessen or drop your drug possession charges.

Police can arrest you during a sanctioned law enforcement sting operation. But you may be able to have the charges dropped if you were a victim of entrapment. The officers involved in the sting cannot encourage you to commit a crime. Putting pressure on you to perform an illegal act is entrapment. So, if an undercover officer gave you drugs and urged you to give them to someone else, you may have been a victim of entrapment. To avoid entrapment, officers need to be very conscious of their actions while they are on an undercover sting.

Every year, police arrest thousands of people for drug possession. Not all of those arrests end up with a conviction; it is possible to fight the charges. A mistake made by an officer could be enough to convince a judge to drop the charges. If that fails (or there was no error), there are still other options.

Your lawyer may be able to make several other arguments that can reduce or dismiss the charges. With the right representation, you can successfully fight drug possession charges.