Rhode Island is liberal when it comes to expunging convictions from your record. If you have a conviction on your record that’s been hanging over you for a few years, it’s worth checking if you’re eligible to have it expunged.

There are, of course, some stipulations and requirements to be eligible as the below text explains. But, if you haven’t been arrested again since your conviction and you reside in Rhode Island, there is a good chance you can receive an expungement.

Like virtually all legal matters, each case is unique. While the material below covers the expungement in general, it is always best to speak to an attorney about your individual case and circumstances. 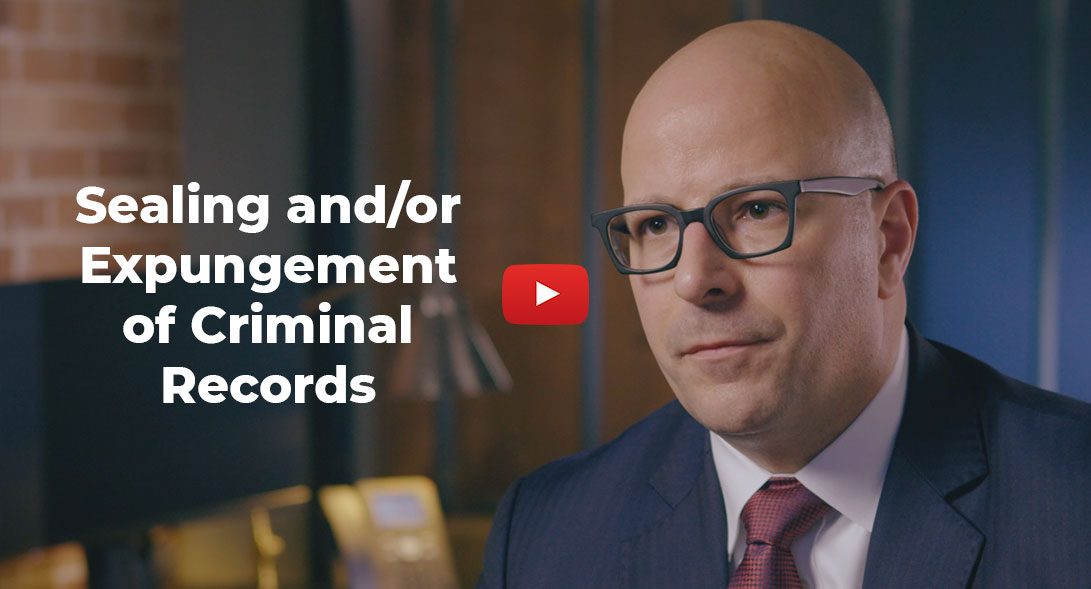 What is an expungement?

In the eyes of the law, it’s like the conviction never happened. It can no longer be referred to. The person in question can even swear under oath that they were not convicted for the crime. The implications of the positive outcomes are far-ranging. From clear background reports to having a clear name, an expungement can be life-changing.

It’s really designed to give someone a second chance. If a person has made a one-off mistake and ended up with a misdemeanor on his or her record without ever committing the crime again, there is a good chance it will be expunged so they can move forward as if it never happened.

How to qualify for an expungement in Rhode Island?

Hiring a lawyer is the best course of action if you want to have a conviction expunged from your record. However, if you want to go through the process yourself, these are the steps you must follow:

Step 1 – Go to the courthouse where you were charged and file a Motion to Expunge with the clerk’s office.

Step 2 – Mail copies of the Motion to Expunge to both the Attorney General’s Office and the arresting police department.

Step 3 – You will receive a date to appear in court where you will need to show the court that you meet all the eligibility requirements.

Step 4 – If successful, you will be required to pay $100 for an Expungement Order.

Step 5 – Mail copies of the Expungement Order to both the Attorney General’s Office and the arresting police department.

Step 6 – Once they process it, you receive a copy of a new Criminal History Report that’s free of the conviction you were able to expunge.

How is sealing of records different than expungement in Rhode Island?

You may have heard the term ‘‘record sealing’’ alongside expunging. The main difference between the two is that when a criminal record has been sealed, it still exists. The record may be referred to or used under special circumstances, and it’s never actually gone.

When a record has been expunged, however, it has been destroyed and completely removed both physically and in the legal sense. The conviction that was expunged will not crop up when law enforcement is running a check on you, and you do not need to mention it again. If you have a sealed record, though, an officer checking your record will see the conviction.

How long does a misdemeanor stay on your record in Rhode Island?

The law in Rhode Island is very clear on this matter. If you have a misdemeanor on your record, you must wait five years after your sentence has expired to be eligible to have the offense removed from your record.

For example, if you received a three-year probation period as a sentence for your misdemeanor, you must wait a total of eight years to be eligible. That’s five additional years after the end of your sentence.

Can a DUI be expunged in Rhode Island?

Yes – Rhode Island law does permit expunging a DUI if you meet the legal requirements.

When going to trial for a DUI, you are either going to be found guilty, by way of accepting a plea bargain or by a judge, or you’ll walk away with your case dismissed or a not guilty verdict.

If you’re found not guilty or you’ve had your charges dismissed, there is a very good chance that you can get your DUI case expunged soon after. If you were found guilty, however, it’s not as quick to get the conviction expunged but it can still be done.

To be eligible for a DUI expungement in RI, you must meet the following requirements:

There may also be some other requirements depending on your case and the details of your arrest. It’s worth keeping in mind that every Motion to Expunge is handled on a case-by-case basis. However, if you’ve not been arrested since, and you can show you are remorseful, it shouldn’t be much more than a formality.

It is also possible to expunge a felony conviction in Rhode Island. You must wait ten years from the end of your sentence. In addition, there are other requirements based on your individual circumstances.

How many years does it take to expunge a DUI?

If you’ve been convicted of a DUI, you will have either faced misdemeanor or felony charges. A felony is a lot more serious than a misdemeanor, and the sentences are a lot harsher.

It also takes a lot longer and is more difficult to expunge a felony DUI than a misdemeanor. For a misdemeanor, you must wait five years before challenging your eligibility to have the conviction expunged, while you’ll need to wait ten years for a felony charge.

A Rhode Island expungement lawyer may be able to help

We all make mistakes, and sometimes it results in an arrest. In fact, it’s estimated that one in three adults in the United States has a criminal record.

The problem is that while you may have moved on and not gotten yourself in trouble since that first misdemeanor on your record, it’s hard to shake off the fact that you have a criminal record in the first place.

It follows you wherever you go. It can make getting a job more difficult and raises a negative response or notion about you when people find out about your past.

The good news is that if you’ve not been arrested since, and several years have passed, there is a good chance that you can have your conviction expunged in Rhode Island. However, the help of an attorney who has experience with the law may raise your likelihood of success.

If you get a conviction successfully expunged, it’s permanently removed from your record. It’s the only way you can get that “second chance” and really put the conviction behind you. Once it is gone, you do not have to talk about it again or explain it to law enforcement.

If you have previously been charged or convicted of a crime and believe you may be eligible to have the matter sealed or expunged from your BCI or criminal record, call expungement lawyer John L. Calcagni, III at the Law Office of John L. Calcagni III today for a free consultation.