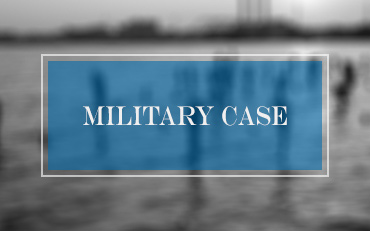 A fourth-year or senior cadet at the U.S. Coast Guard Academy received notice of disenrollment just weeks before his expected graduation date and commissioning ceremony to become a Coast Guard Officer. The disenrollment action cited numerous academy regulation violations for the cadet’s returning to campus one night visibly drunk and discovered in a day room asleep on a couch with a first-year or freshman female cadet.

The senior had his arm around the female, while her head rested asleep on his chest. Other cadets observed the two in the dayroom and reported their observations to the faculty. The senior cadet and his family retained Military Defense Lawyer, John L. Calcagni III, to assist him with responding in writing to the disenrollment board, appealing the adverse disenrollment decision, and finally, to prepare the cadet to have an office call with the Admiral of the Academy. Based on Attorney Calcagni’s collective efforts and teamwork with his client, the cadet was retained in the academy, permitted to graduate with his peers and has since commissioned as an Officer in the U.S. Coast Guard.