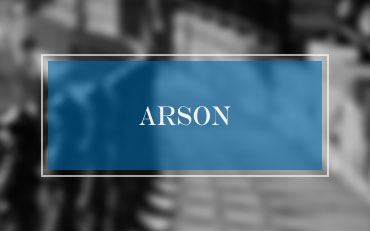 Bristol Police charged a church employee with arson after fire officials concluded that the man used a lighter to burn and activate a fire alarm heat detector in the building.  There was an ongoing wedding celebration at the time emergency responders answered the fire alarm.  Video surveillance from inside the church showed the man exit and run from the vicinity of the room where the damaged heat detector was located but did not actually show him inflict any damage to it.  The man, a longtime and trusted church employee, was fully cooperative during the police investigation.  He also enjoyed the support of the church pastor throughout the entire process.  Notwithstanding, the man was arrested and charged with Arson.  He retained Rhode Island Criminal Defense Lawyer John L. Calcagni III, to defend him in this matter when initially in Rhode Island District Court and later, once the charge was informed in Rhode Island Superior Court.

Filing. Attorney John L. Calcagni III aggressively pursued the dismissal of this case.  He advocated for his client with prosecutors, submitted a mitigation packet, and even filed a motion to dismiss with the client.  Faced with the prospect of a jury trial, which would be costly and further delay the case, the man directed Attorney John L. Calcagni III to broker a settlement or pretrial disposition.  As time passed, Attorney John L. Calcagni III and the prosecutor finally reached an agreement that called for a reduction from the charged felony to the amended misdemeanor offense of vandalism.  In exchange for the man’s nolo contendere plea to the reduced charge, the prosecutor and court agreed to file the matter for 9 months.  Providing the man is not charged with a new offense during this time, the matter will be dismissed and eligible for expungement from his record.