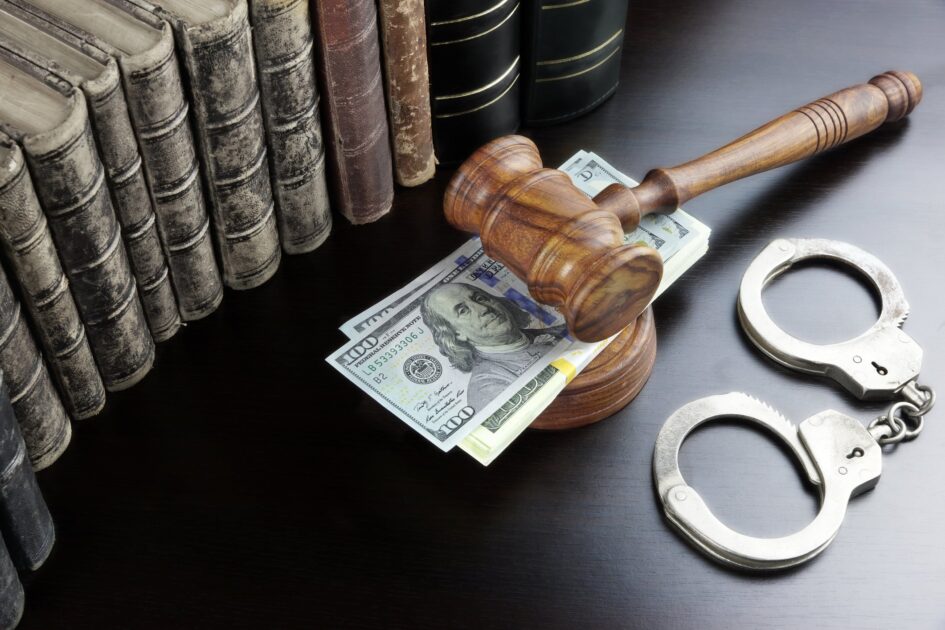 Most people believe bail refers to the payment of money to a court to secure a defendant’s pretrial release.  This is a common misunderstanding.  The term bail is better described as “pretrial release.”

When a defendant first appears in court, the sitting judge must decide what to do with him while the case is pending.   The court has many options, which fall on a long spectrum.

On one end, the defendant is released on a promise to return to court when directed, which is known as “personal recognizance.”  On the opposite end of the spectrum, the defendant is detained without bail.   There are many options in between these opposite bail conditions.

The law of bail or pretrial release

The law of bail or pretrial release is concerned with two factors:

All criminal defendants and cases have unique characteristics. The court must consider these characteristics to determine if a defendant’s release poses a flight risk and/or danger to the community.  Where there is some risk of either concern, the court must determine if there exist conditions to reasonably assure the defendant’s future court appearances and/or community safety.  If no conditions exist to lessen these concerns, the court will order detention.

In federal criminal cases, the court must order a defendant’s release on personal recognizance, bond (secured or unsecured), and/or conditions at the first court appearance unless the government moves for detention.

If the government seeks detention, the court shall conduct a hearing to determine whether any condition or combination of conditions of release will reasonably assure the defendant’s future court appearance(s) and community safety.   If the court rules that no conditions will meet these objectives, the defendant is detained without bail.  Alternatively, if some conditions exist, the court will order pretrial release.

Federal law provides for a number of possible bail conditions

They include remaining in the custody of a designated person, maintaining or seeking employment, avoiding contact with specified persons and/or places, reporting to a designated law enforcement, pretrial services or other government agency, complying with a specified curfew, refrain from the use of alcohol and/or drugs, drug testing, attending mental health and/or substance abuse counseling, executing an unsecured bond agreeing to forfeit specific property upon failure to appear, executing a secured bond with sufficient surety, electronic or GPS monitoring, home detention, and any other condition reasonably necessary to assure future courts appearances and community safety.

These include offenses committed while on pretrial release; crimes of violence for which there is a maximum penalty of imprisonment of 10 or more years; any offense for which the maximum sentence is life imprisonment or death; a drug offense for which there is a maximum punishment of 10 or more years; and any felony not otherwise a crime of violence, but involves a minor victim, possession of a firearm or destructive device or other dangerous weapon.  In these cases, the law provides for a rebuttal presumption that no condition or combination of conditions exists to reasonably assure the safety of others or the community.  The defendant may overcome this presumption to be released on bail.

If the government moves for pretrial detention, the court must conduct a detention hearing

At a detention hearing, the court considers the following factors:

Evidence relevant to these factors contained in the Pretrial Services Report and evidence offered by the parties is weighed and considered to determine if detention or pretrial release is warranted.

Many attorneys overlook the importance of detention hearing preparation

If you have been charged with a federal crime and want to be released on bail, it is important that you first retain an experienced federal criminal defense lawyer.

An experienced lawyer will first schedule your interview with U.S. Pretrial Services, which is required in to be considered for bail in Federal Court.  Pretrial Services interviews all defendants and then authors a report that contains a release or detain recommendation.

Pretrial Services does not have the final word regarding bail, but the Court weighs its recommendation(s) heavily.  It is also recommended, where possible, to have a lawyer present for this interview.  A lawyer should also provide the Pretrial Services Officer with important information he or she will need before making a favorable bail recommendation, and confer with government counsel to determine if bail may be negotiated by agreement.

Where bail can be negotiated, a hearing is avoided

Lastly, experienced counsel should meet with the defendant’s family and friends to obtain supporting documentation and evidence relating to the detention hearing factors listed above.  This information, to be included in the defendant’s bail package, memorandum or motion, will maximize the chances of receiving bail in all cases.

Seeking bail in federal criminal cases is a battle that is lost by many defendants before the detention hearing even begins.  Almost every criminal defendant has both a chance and opportunity for bail.  The key is having an experienced lawyer on your side and adequate time and preparation for a hearing.  If you are charged with a federal crime and want to be released on bail, contact Federal Criminal Defense Attorney John L. Calcagni III today for a free consultation.