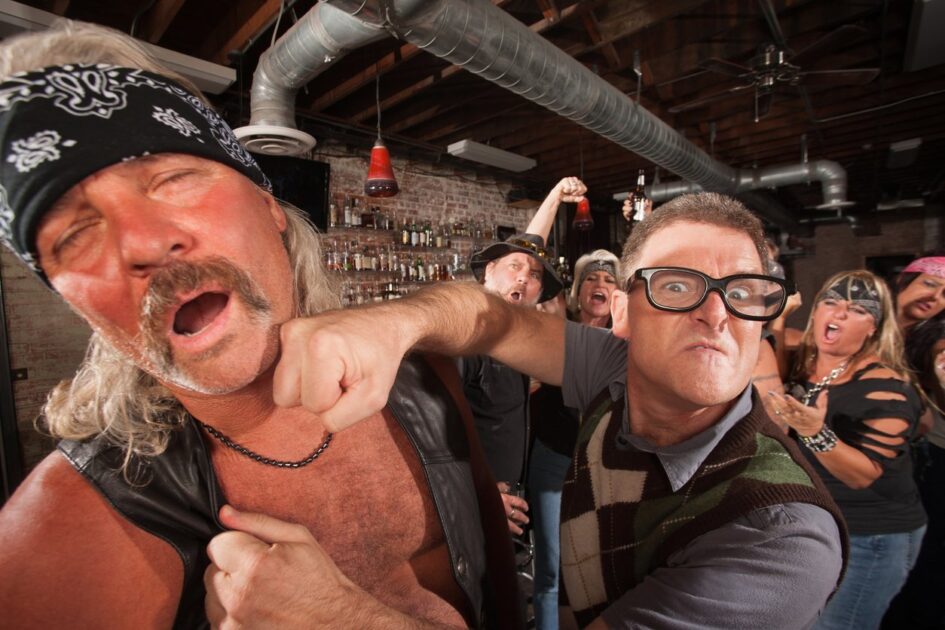 A bar has all the right ingredients for a fight. When you mix alcohol and people who need time to get rid of some stress, you get the perfect recipe for a fight. Bar fights are not uncommon, and it’s no surprise. However, what may surprise you are the consequences of a bar fight. After a bar fight, you could find yourself in some serious legal trouble. You may need to defend yourself against simple assault charges.

When can someone file charges for a bar fight?

A bar fight could result in simple assault charges. While all bar fights don’t result in legal action, some of them do. It all depends on the damage done and the mindset of the other person in the fight. Often, the loser of the fight decides to take legal action. In most cases, the person who files has some medical bills from injuries that occurred in the fight.

It’s not unusual for the bar fight to occur between a bouncer and a bar patron. In this situation, the bouncer may be innocent but still find himself facing simple assault charges. It’s common for bouncers to encounter violence when they try to kick someone out of the bar. When the patron reacts with violence, they get rough. This can lead to a bar fight, which usually results in the patron on the street. Out of anger, he might file charges against the bouncer.

The only way that someone can file charges against you is if you committed a crime. In a bar fight, that crime is usually simple assault. By definition, a simple assault occurs when an individual tries to seriously physically harm another person. It’s important to note that the attempt alone is enough for someone to take legal action. There does not need to be any contact between you and the individual.

It’s also worth noting that simple assault can also refer to the threat of battery. If you make someone fear that he will soon face physical harm, he can still file simple assault charges.

The Requirements for Simple Assault

Simple assault isn’t as simple as he-said-she-said. Just like any other type of court case, simple assault cases require evidence. Until someone can prove otherwise, you are innocent.

There are a few things that the prosecution needs to do to prove you were guilty of simple assault. If the prosecution can show all of the following, you could face a guilty verdict:

If you wanted to make someone believe that you would physically harm them, there was intent. However, there needs to be intent. If you said something that you did not mean as a threat, there was no intent. This could mean that you walk away from the court case with no consequences.

Harm counts as any type of physical harm or undesired touching that happens to an individual. If you threatened harm or actually did harm the plaintiff, you could be in trouble. However, a threat that does not involve physical harm does not qualify as simple assault. Harm is a key element of the charge.

Simple assault in a bar fight is difficult to prove. Although you have many witnesses, they are unreliable. Often, no one sees the start of a fight. They might see the fight itself, but bystanders don’t usually watch what causes it. Even if they do, their testimony may not mean much. In general, people have a hard time estimating things like time and distance. It’s unlikely that a witness could tell you any reliable details about the fight that involves time and distance.

A lawyer can fight simple assault charges by making holes in the witness testimonies. They can also find ways to prove that the prosecution cannot prove either intent, harm, or reasonable apprehension.

The Penalties of Simple Assault Charges

It’s common for simple assault charges to result in only a fine. However, you need a lawyer to minimize the damage. You never know what sentence you could get for your bar fight. Without good legal representation, you risk doing the maximum sentence. A lawyer knows all about the loopholes of simple assault charges. He may be able to get you a good outcome.