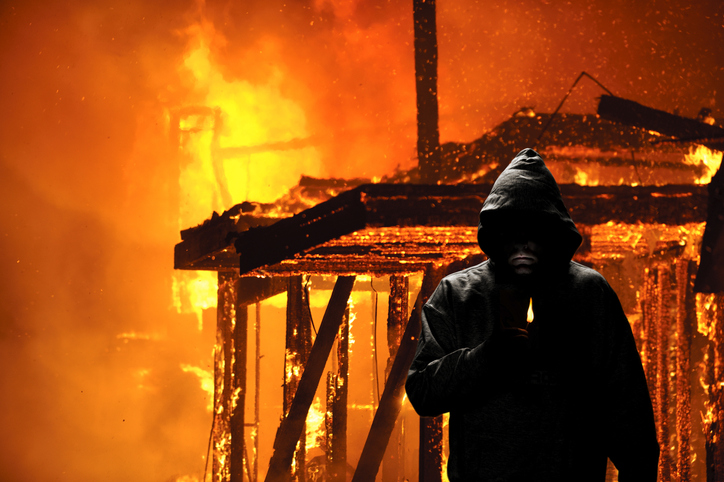 The aftermath of a fire can be a devastating event, especially when there is a loss of any kind during the incident. Once the blaze is out, investigators comb through the property to work on determining what caused the fire. They want to determine if something or someone in the home accidentally caused the fire, such as a heater overheating or a cooking mishap. They also want to see if arson could be the cause. An arson defense is one of the hardest situations to find yourself in, but this information can help you move forward.

Why Is It Difficult to Prosecute Arson?

There are times when the fire investigators involved with investigating the cause of the fire are unable to identify the cause positively. This failure to determine the cause may result in a charge of arson against you. Often, it comes to this action because all accidental causes are seemed to be ruled out. When this instance occurs, the burden of proof that the prosecution bears to prove this act was arson beyond a reasonable doubt will then become the defense’s burden to prove innocence.

Why Is It Difficult to Defend an Arson Case?

An arson case is one of the most challenging circumstances to defend because it’s on the defense to prove that the defendant didn’t start the fire in question. This fact essentially means that the defense has the burden of proof of proving a negative. It can take an experienced attorney familiar with arson cases, and a good arson defense to work to get the best possible outcome.

Time is essential in an arson defense. The police, insurance investigators, and the fire department’s investigators have already been through the fire scene looking for a cause and evidence to back up their position. It’s in their best interests to do so. They are making conclusions and creating a case for prosecution if the fire is suspicious to them.

Thinking that an experienced legal team that knows arson cases is enough is selling them and yourself short. A private fire investigator can be a crucial part of your arson defense team. Imagine your home or business after a fire. First, there is the damage to the evidence from the blaze itself. A massive fire can hide the actions of what caused the fire. Next, there are the firefighting efforts. Firefighters aren’t thinking about how to preserve a scene when they are called into action. They are only concerned with battling the blaze. Their efforts can lead to water and other damage to the scene. A private fire investigator can reverse engineer the fire scene based on their knowledge.

Importance of Burden of Proof in Arson Defense

Often, the burden of proof is one of the biggest parts of an arson defense. This fact is especially important when the prosecution’s expert is unable to identify the cause. They will let the jury know that they investigated the situation, and made an effort to exclude every potential accidental start to the fire. However, this expert may not be able to tell the jury here the fire started or how it started. That is where cross-examination and your own investigator’s testimony will come into play for your arson defense. If they are unable to determine this information, how can they say that the fire was set intentionally without this information? This fact is why the burden of proof is critical.

Do You Need Legal Help?

The tricky nature of an arson defense makes legal help necessary. In fact, the best option for someone that has been accused of arson is to find an experienced arson lawyer. The very nature of having to prove that something didn’t happen in a fire where evidence has gone through a lot is complicated even for them in some cases. You should have the best arson defense possible when facing the potential of an arson case.

If you’ve experienced a fire, and are in need of an arson defense, talking to an experienced law firm can help you in finding the right path forward. The Law Office of John L. Calcagni III is here to assist you in discussing your case or the potential case against you. Let us help you to find the best possible outcome to move past this event.