What Happens When You Face An Embezzlement Charge 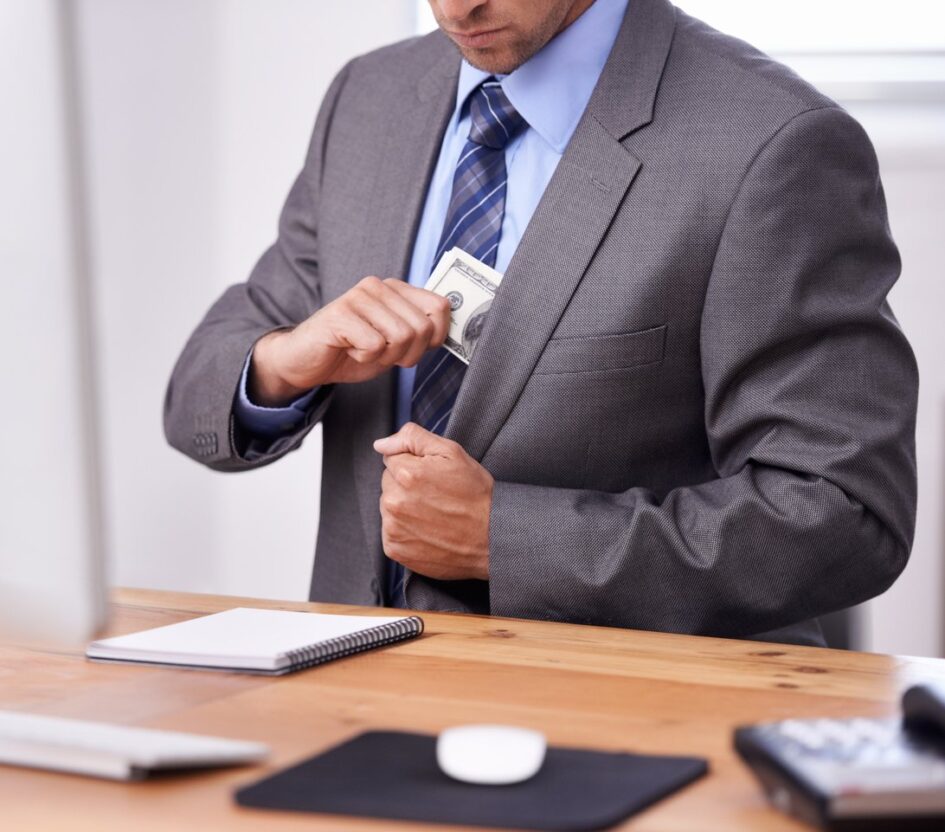 An embezzlement charge can be a scary thing. If you’re facing one, you might be wondering what the future has in store for you. But the experience doesn’t have to be so scary. Understanding what some of the punishments are for embezzlement and knowing how you can fight the charge can take away some of the fear.

Like many criminal charges, embezzlement can happen in a variety of ways. Here are a few circumstances that can result in embezzlement:

What is the punishment for an embezzlement charge?

There is no one punishment for embezzlement, but there are some things that you can expect. There are three typical outcomes of an embezzlement charge: a fine, jail time, or a fine and jail time. Usually, restitution is added to the total fine of the case.

The outcome depends on the specifics of the case and the state in which the crime was committed. Here are a few details that can make an impact on the consequences of a charge:

1. The value of the stolen property

This is often the most significant detail in an embezzlement charge. A court will consider the monetary value of what you stole and they may issue the punishment according to a preset range of values. For example, a value less than $500 might be a small fine. But an amount between $10,000 and $50,000 might be jail time. In Rhode Island, any case involving property less than $100 can result in a fine as much as $1,000, as long as one year in jail, or both. A case that involves over $100 can result in a fine of anything less than $50,000 or less than three times the property value (whichever is more). It also can lead to 20 years or less in prison, or prison and a steep fine.

2. The type of property

Certain types of property might result in harsher penalties than the value of the property call for. In the case of embezzling anhydrous ammonia, you might face jail time- even if you only stole a small amount. That’s because anhydrous ammonia is a key ingredient in methamphetamine. Other harsh penalties are often given to cases that involve the theft of weapons, public records, or livestock also can have stricter penalties.

Certain circumstances result in harsher penalties, depending on the state where the crime occurred. In Pennsylvania, school treasurers face harsh penalties for embezzling. In Arizona, a person who steals an animal for animal fighting could face a serious sentence. And in Texas, anyone who embezzles while under contract with the government could face an extreme punishment. There is a long list of other situations that can result in special penalties.

A court may also consider the victims of the crime. A court might treat cases involving embezzlement of an elderly or disabled individual differently. Or, if the victim put higher trust in you because you were in a position of power (like public servants), you might face a harsh sentence.

There are ways to fight an embezzlement charge effectively. You could show entrapment, but this is only valid if the owner encouraged you to steal the property.

There are also time limitations. If too much time has gone by since the incident occurred, you could argue that the limitation period expired. That time started when you were first discovered embezzling, when you used the embezzled money, or when you could not produce the property you were entrusted with.

And then there is the “good faith” defense. You may be able to show that you believed that you had a right to the property of which someone accused you of embezzling. You may not have realized that it wasn’t yours.

There are other defenses as well, but every defense requires the help of a lawyer.