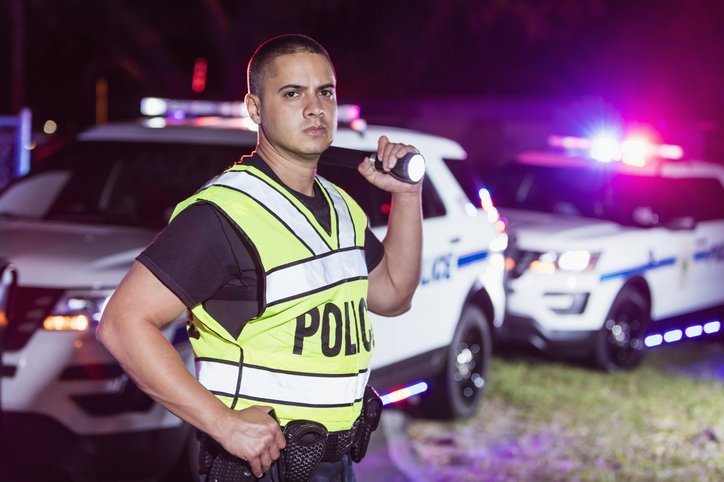 Along came a hungry and wicked wolf who knocked at the door and called out in a gruff voice, “little pig, little pig, let me come in.”

“No, no, not by the hair of my chinny, chin, chin,” grunted the little pig.

Since the wicked wolf gave the three little pigs ample warning that he would forcibly enter their homes if they did not admit him peaceably, he was in compliance with state and federal “knock and announce” statutes, which allow a police officer to break into a home to execute a search warrant if, after announcing that he is a police officer with a warrant to enter, he is refused admittance or no one comes to the door.  Suppose, however, that the warrant-bearing wicked wolf did not first seek peaceable entry, but instead began huffing and puffing right away.  What difference would it have made?

Under the federal and similar state statutes, it might make a difference, unless the wolf was able to excuse his failure to knock and announce by, for instance, showing that he would have put himself in peril if he had warned the pigs, or perhaps it would give those inside time to escape or destroy evidence.

This right to privacy in the home, whether rented or owned, which is extended to the manner of entry in addition to giving a right to enter, is so important that courts have held it to be a constitutional requirement, subjecting it to an examination of the reasonableness of the entry.

The United States Supreme Court, however, has decided that the federal constitution does not require exclusion of evidence obtained after such an unlawful entry.  Thankfully, some states, like Massachusetts, have decided that the rights of their citizens, provided by a similar state statute or constitutional provision, will be enforced by throwing out the evidence obtained when the police break into their homes without announcing who they are and why they are there.

Of course, if the police, when applying for a warrant, can demonstrate to a judge in advance of the entry that the announcement might create a danger or allow the destruction of evidence, the judge can allow a “no-knock” warrant.

Whether a motion to suppress evidence is supported by the manner in which the police execute the warrant depends in large part on the nature of the violation.  Most “ministerial” requirements, such as failure to list and return the seized items within the time period provided by statute or failure to leave a copy of the warrant with the occupant of the home, will not likely result in excluding evidence because they are simply technical flaws that have little bearing on an occupant’s privacy rights.

Other violations, however, such as a delay in execution that violates the time limits set out by statute or in the warrant itself, might support a motion to suppress the evidence if defense counsel can show prejudice to the client or that the delay resulted in a lack of probable cause to believe the object of the search, for example, narcotics, would still be in the home.

In addition to the method of the police entry, the timing or the scope of the search and seizure that follows entry might amount to a substantial violation of privacy rights.  If the police execute the warrant in the dead of night, without the judge allowing such timing in advance, the police risk suppression of evidence.  Also, the “particularity” clause of the Fourth Amendment limits the scope of the search to those items and areas named in the warrant.

The police may not search an apartment or an unattached garage or barn when the warrant specifies only the main house or a particular apartment.  Nor can the police look for “an elephant in a matchbox,” as the expression goes, meaning they may search only where the objects listed in the warrant may reasonably be found.  Televisions believed to be stolen are not going to be found in the drawers of a nightstand, whereas illegal narcotics may be hidden in smaller places.

Of course, there is an exception here too—the plain view doctrine allows officers to seize evidence not named in the warrant if they come across it in an area where they have a right to look and realize that it might be evidence of a crime.

If you or someone you love is affected by a police search for and seizure of evidence, even if you think they had a valid warrant in advance, be sure to seek an attorney who is knowledgeable in state and federal laws regarding not only the requirements for applying for and obtaining warrants, but also the requirements for executing warrants.  The Law Office of John L. Calcagni III, Inc. is acutely aware of all aspects of the state and federal, statutory and constitutional, requirements regarding warrants and has had great success with litigating motions to suppress, to include attacking search warrants and their manners of execution.