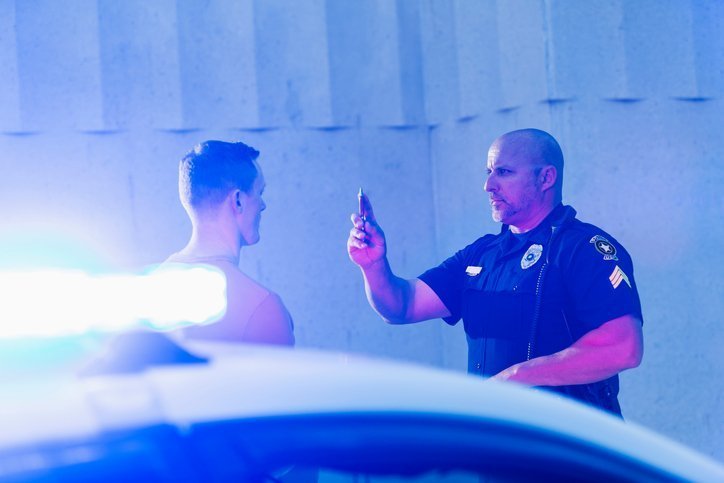 When a police officer pulls you over for drinking and driving, your emotions may get the better of you. Staying calm and cool isn’t easy with lights flashing in the background and an officer staring down at you. But if you know what to do when an officer pulls you over, staying calm is easier. Here are a few things you should do if you are pulled over for a DUI in Rhode Island. Following these tips can change the outcome of your DUI case.

The minute an officer decides to pull you over, he starts making notes about your behavior. They can include any erratic or unsafe behavior in their police report, and they can use it against you in court. To minimize the impact of a police report, you should be very conscious of your driving.

Start to pull over as soon as you know they’re targeting you. Don’t speed up, slam on the brakes, or stop the car in the middle of the road. Instead, pull over somewhere safely. You don’t want to draw any extra attention to yourself.

Although no one is happy about an officer pulling them over, you need to cover any anger or frustration with politeness. Listen to what the officer has to say, and don’t argue with him.

Showing respect also means moving slowly and only when asked. Being a police officer is a dangerous job, and they react when they see sudden movements. When he asks you for your license and registration, slowly pull them out. Keep your hands on the steering wheel unless he asks you to do otherwise. And if he asks you to step out of your vehicle, comply. Hostile behavior will only anger an officer, and this can impact their notes in the police report.

While you should be polite and comply with certain requests (like giving your name and registration), you shouldn’t incriminate yourself. You don’t have to answer an officer’s questions, and you definitely shouldn’t incriminate yourself. Questions like, “How many drinks have you had” can be used against you. Speaking without a lawyer present is dangerous; you may say something that will turn your DUI in Rhode Island into a serious conviction.

But that doesn’t mean that you should ignore the police officer or be rude. You can still show respect. Inform the officer that a lawyer advised you not to answer any questions without him present. Don’t gloat or use aggressive body language. A trained police officer knows the laws and knows that you do have the right to silence.

4. Refuse a field test and breathalyzer

There is no law that says you must perform a sobriety field test. If you are confident that you will fail, you can refuse to take the field sobriety test. Many of the tests are difficult to do when you’re sober, and passing them when you’ve been drinking is even more challenging. Police can hold a failed test against you in court. And while declining the test has consequences too, a failed test could have more repercussions.

Rhode Island is one of the several states in the US with an implied consent law. If an officer arrests you (with probable cause that you were drunk driving), then you automatically agree to have a breathalyzer. However, that doesn’t mean that you can’t refuse it. Although there are some consequences to a breathalyzer refusal, failing the breathalyzer can really hurt your case.

So, if you know that you will fail a breathalyzer, refuse it. The consequences of a breathalyzer refusal for a first-time offender in Rhode Island is the following:

For repeat offenders, everything increases. While these may seem like strict consequences, they are better than a DUI in Rhode Island conviction.

5. Make notes of your arrest

While you shouldn’t start scribbling notes in front of an officer, start writing notes about your arrest when they release you. Everything that you write down can be useful; a lawyer may be able to get your charges dismissed or lessened. Record the following details about your driving before police arrested you:

Don’t limit your notes to only those details. Include as much information as you can, and you may be able to fit your DUI in Rhode Island conviction.

There is no way to emphasize this tip enough. A lawyer can make all the difference in you DUI in Rhode Island court case. Although there are many different ways to fight a DUI, only a Rhode Island DUI attorney with experience knows how to do so. A DUI in Rhode Island can result in several harsh penalties (including jail time), so you should fight the charge to the best of your ability.