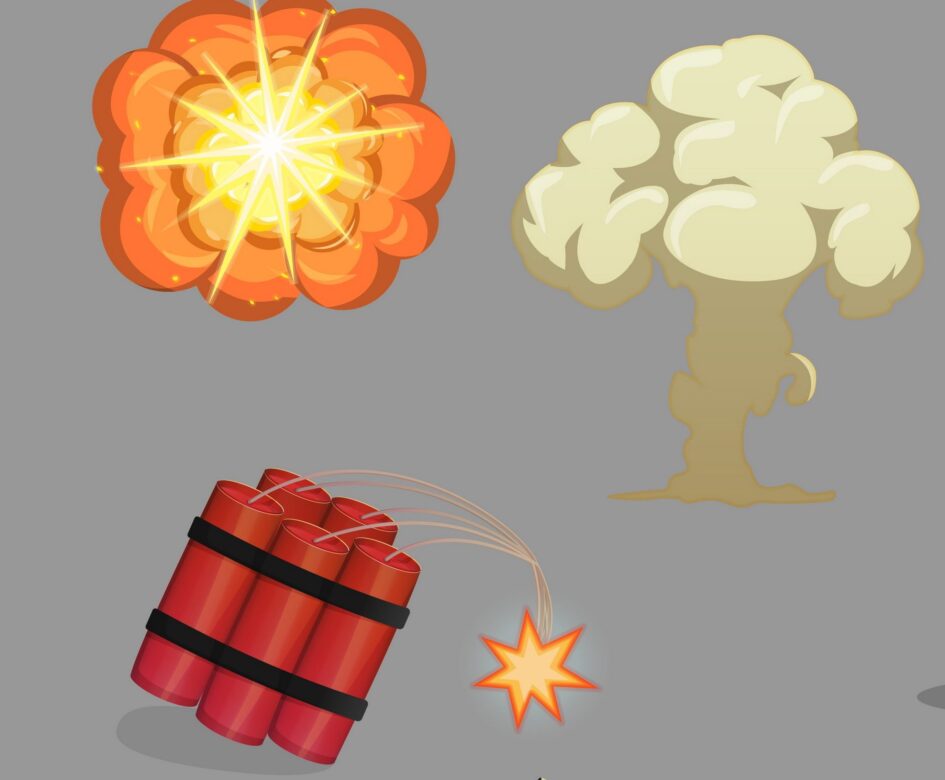 In the US, explosives possession and illegal gun possession are two very different issues. Although the law takes a serious stance on both issues, the laws and penalties vary. Find out how they differ and what the laws are surrounding each issue.

What Are the Rules Surrounding Explosives Possession?

You could read a long book about the laws surrounding explosives possession in the US. However, there are a few basic rules that everyone should know.

1. You Need to Store the Explosives Properly

When you have explosives indoor, you need to be cautious. They cannot stay in any dwelling or residence. If you store them in a building, then you can only have up to 50 pounds of explosive material.

2. You Don’t Need a License to Manufacture Explosives for Personal Use

Surprisingly, you don’t need a permit for making explosives for personal use. You only need one for business use. Only individuals who profit off of explosive manufacturing need to apply for a Federal license.

3. No One Can Transport Explosives Without a Permit

4. There May Be Local Regulations

5. Not Everyone Can Own Explosives

How Does Gun Possession Differ?

Gun possession is also very regulated. However, the gun laws rely more on state law than federal law. As a result, some states allow you to own a gun without a permit or license. There are some limitations on who can own a gun, however the limitations are not as strict as the explosives.

The biggest difference between gun possession and explosives possession relates to the legality of ownership and transport. For example, both explosives and guns are very easy to obtain in the US legally. Although it depends on your location, some guns have very lax gun laws. Across the US, explosives are also relatively easy to obtain and own. You might not need a license for either. However, transporting your gun would be easier than transporting your explosives. Strict laws surrounding the transportation of explosives mean that you can’t transport them without a license.

Another major difference is the body that enforces the laws. If you have explosives, then the  U.S. Bureau of Alcohol, Tobacco, Firearms and Explosives (ATF) regulates your explosives. You are more likely to deal with them than local police. Because it is a federal offense, you have to answer to the federal court. However, gun ownership is more of a state issue. As a result, you might face charges in your state. Although there are federal laws regarding gun ownership, it is more of a state issue.

It’s difficult to say which crime is worse. Both illegal gun ownership and illegal explosives possession can have serious penalties. If you fail to register your firearm, there are some strict penalties. Those penalties vary state-by-state. However, it is likely that you will encounter a steep fine. You may also get jail time.

On the other hand, illegal explosive transport could result in you spending years in jail. Neither crime has a good outcome. You could end up with a serious conviction on your record. If you want to limit your consequences, then you need to speak to a lawyer with experience..