Lying to a Federal Agent: What Does it Mean for You? 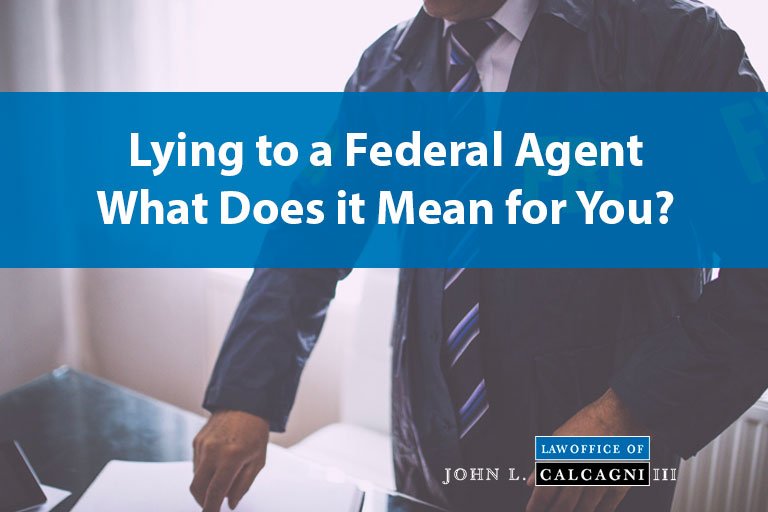 Whether you are a witness in a federal prosecution or personally under investigation, the statements you make to federal agents may have severe legal consequences.

Statements include those made to federal investigators, on an application or form, to a private person or institution that implements federal programs, and in business records that are subject to federal inspection.  The purpose behind this law is to ensure the operation and integrity of the federal government.

A false statement for purposes of 18 U.S.C. § 1001 violation may be written or oral, sworn, or unsworn, voluntarily made, or required by law, signed or unsigned.   A person may be found guilty of making a false statement to a federal agent if he:

What determines whether a false statement is a criminal act for purposes of 18 U.S.C. § 1001 is whether:

To establish that a statement was material, the government must prove that the concealment or misrepresentation had a natural tendency to influence, or was capable of influencing, the decision of a federal agent, agency, or entity.

The government must prove the statement was made knowingly and willfully

A statement is knowingly and willfully if was made with an intent to deceive, a design to induce belief in its falsity or to mislead.

In other words, if the person acted deliberately and with knowledge that the representation was false, the false statement was made knowingly and willfully.

To commit an act “knowingly” is to do so with knowledge or awareness of the false facts or situation, and not because of mistake, accident, or some other innocent reason.

An act is done “willfully” if done voluntarily, intentionally and with the specific intent to do the unlawful act.

Defendants who are convicted of violating 18 U.S. C. § 1001 will incur a federal felony conviction and are subject to potential imprisonment of up to five years, or eight years if terrorism was involved.

If you or someone you love is accused of lying to a federal agent, or has been contacted by a federal agent for any purpose, it is highly recommended that you consult with an experienced federal criminal defense attorney. Contact Federal Criminal Defense Lawyer John L. Calcagni III today at (401) 351-5100 or email for a free consultation.