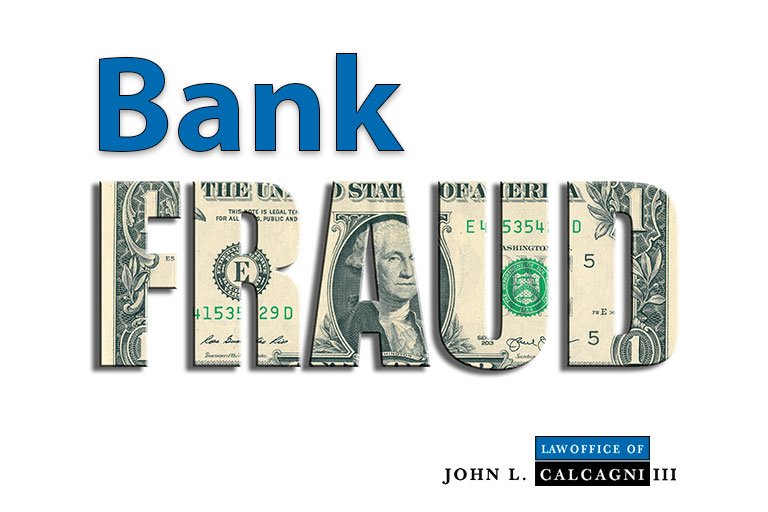 Bank fraud is crime that the United States government does not take lightly. Not surprisingly, the policy behind the bank fraud statute is to protect federally insured banks.

The government uses this statute as a catch-all for any activity that actually defrauded or may defraud a federal bank, thereby using it to prosecute fraudulent conduct otherwise not the subject of specific criminal statutes. The offender may be prosecuted if they are present in the United States, and even if the alleged fraudulent conduct took place outside of the United States.

Generally, a suspect will be notified of the investigation before he or she is officially charged with a crime.  Often times, federal investigators will subpoena records from banks, sometimes leading the banks to shut down the accounts from which the records were subpoenaed.

At any time throughout the investigation, investigators may contact the suspect to arrange for an interview.  It is very important that if you learn that you are being investigated for bank fraud that you speak with a criminal defense attorney before speaking with any investigator.

Federal prosecutors may also invoke bank fraud as a means of investigating larger criminal schemes involving serious drug crimes or money laundering.  Sentencing in bank fraud cases is generally related to the amount of money at issue in the scheme.

Bank fraud charges can arise in a variety of situations.  Defendants may include bank “insiders,” such as bank employees, officers, and managers, who have been accused of misappropriating bank funds or property for their personal use.  Those on the “outside” of the bank, including attorneys, entrepreneurs, or investment bankers, may be accused of this offense based on allegations of fraud upon either a bank or its account holders.

The government must prove beyond a reasonable

To be convicted under the federal bank fraud statute, the government must prove beyond a reasonable doubt that the defendant:

The first involves a “scheme to defraud,” which requires proof that there was a pattern of conduct to deceive a financial institution.

The second involves a scheme to obtain money, assets, or credit through false or fraudulent pretenses or representations.  Therefore, the difference between the two ways to violate the federal bank fraud statute is that the second way requires proof of an affirmative misrepresentation.

The government also does not need to prove that the institution suffered an actual loss.  Rather, it is enough that the financial institution was put at risk of sustaining a loss.

In the context of the federal bank fraud statute, “intent to defraud” means acting knowingly and with the “specific intent to deceive or cheat, usually for the purpose of getting financial gain for one’s self or causing financial loss to another.”

The government is not required to prove that the defendant intended to defraud the bank specifically.  In 2016, the U.S. Supreme Court held that under this statute, it makes no difference whether the funds belonged to an account holder or the bank.

In that case, the defendant engaged in a scheme to defraud by transferring funds from another individual’s bank account to his own account.  The defendant argued that the funds in the account belonged to the account holder, not the bank, and therefore, the bank was not defrauded.

However, the Supreme Court held that the bank fraud statute only requires that the bank was deprived of the use of the funds, even if it ultimately did not suffer any unreimbursed financial loss.

It is important to hire an experienced criminal defense who knows the potential defenses that may be used against these serious allegations.

A common defense is lack of intent, or the “good faith” defense.  Because the statute requires the suspect to have acted knowingly to be convicted, the first way to defend the charges is to negate the mental state required. The government has to prove beyond a reasonable doubt that the fraud was intentional or knowingly committed.  Another common defense is “materiality.”

If the misrepresentation was not one that was material, that is one that would be reasonably relied upon by the bank in making the decision, the defendant is not guilty of bank fraud.