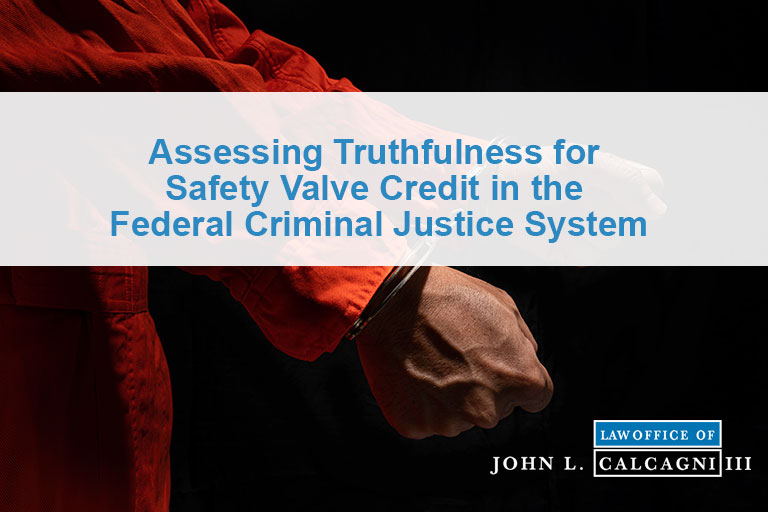 Sentencing for all defendants in the federal criminal justice system involves calculating and considering the sentencing guidelines. The United States Sentencing Commission publishes a complex set of rules, referred to as the U.S. Sentencing Guidelines (U.S.S.G.) that federal judges must consider when deciding criminal sentences.

Applicable guidelines before and after 2005

Prior to 2005, the applicable guidelines range was binding on federal judges and dictated the sentences they imposed.   However, on January 15, 2005, the United States Supreme Court issued its decision in United States v. Booker, 543 U.S. 220 (2005).  This seminal decision held that the U.S. Sentencing Guidelines were no longer binding on federal judges.

The Supreme Court indicated that while the guidelines are a useful sentencing tool and should be considered, federal judges have discretion to decide the ultimate criminal sentence to be imposed in each case, whether it be within, below, or above the recommended guidelines range.

This major development in federal criminal practice also restored to lawyers the ability to use creativity, artfulness, and advocacy to represent defendants at sentencing hearings.

Limitation on Applicability of Statutory Minimum Sentences in Certain Cases

One of the most highly sought-after U.S. Sentencing Guidelines provisions by federal drug offenders is U.S.S.G. § 5C1.2, entitled Limitation on Applicability of Statutory Minimum Sentences in Certain Cases.   This is more commonly referred to as the safety valve provision.

In order to receive the safety valve, a defendant must satisfy five criteria:

Satisfying the fifth criterion necessary to receive safety valve credit involves attending one or more meetings with the government.

These meetings, known as proffer sessions, are attended by the defendant, defense counsel, counsel for the government, and one or more law enforcement agents.  If the defendant cannot speak English, an interpreter fluent in the defendant’s language is also present.  The purpose of the meeting is to question and debrief the defendant about his or her own misconduct, as well as his or her knowledge about the misconduct of others.

If the defendant’s answers match those of the government, it will support his or her receipt of the safety valve credit.

Sometimes the government poses questions to which it does not know the answers but has an opinion or theory as to what the answers should be, perhaps when considering the overall case evidence, or information received from other sources, such as cooperating witnesses, confidential informants, or other government agencies.

If the defendant’s answers match the government’s opinion or theory, again, it will support awarding safety valve credit at sentencing.

Where the government supports a defendant’s receipt of the safety valve credit, such is relayed to U.S. Probation and included in a defendant’s presentence report, which is the document reviewed by a federal judge before imposing sentence.

Where the parties and Probation agree that the defendant qualifies for the safety value, it is inevitable the defendant will receive a -2 point reduction in his or her U.S.S.G. calculation and escape a mandatory minimum jail term, where applicable.   It is when the parties do not agree on safety valve eligibility that things can become tricky.

If the government does not support awarding a defendant with the safety valve, it is most often because prosecutors or law enforcement agents do not believe the defendant was truthful during the proffer.

This may be attributable to the defendant providing false information or failed to make full disclosures during the proffer session(s).

If this occurs, some defendants are afforded a second opportunity to attend another proffer session to correct or amend the prior statements.

In cases where another chance is not given or if afterwards, the government still does not believe the defendant, this is communicated to Probation, which either fails to include safety value eligibility in the presentence report or reports that the defendant did not satisfy the fifth component of the safety valve criteria.

If the government and Probation do not support a defendant’s receipt of safety valve credit, the defendant, with the assistance of counsel, may apply directly to the Court for such credit at or before the time of sentencing.   This is precisely what occurred in United States v. Martinez, 9 F.4th 24 (1st Cir. 2021).

In Martinez, the Court concluded that the defendant failed to meet her burden, thereby denying her safety valve eligibility.  As such, she was sentenced to a mandatory minimum term of five (5) years in person.

The lesson to be learned from this decision is that defendants have a greater chance of receiving safety valve credit with the government’s assent, opposed to without it and having to apply for such relief from the Court.

If you are charged with a federal drug crime and have questions about your safety valve eligibility, call Federal Criminal Defense Lawyer John L. Calcagni III, today for a free consultation at 401-351-5100 or by email.