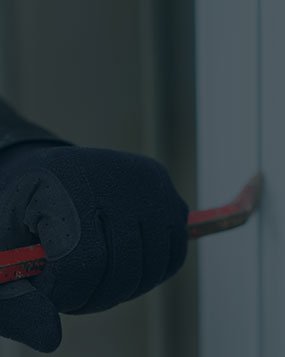 Police charged an Auto Zone employee who was attacked by a customer for maliciously destroying store property that he accidentally damaged while defending himself during the attack. The employee smartly retained the legal services of Attorney Calcagni who successfully had this case which was filed against the man two times completely dismissed on both occasions.

The Auto Zone employee in an attempt to defend himself grabbed a metal breaker bar from the store shelf in order to ward off the enraged husband. The estranged husband then retreated from the store to his car in the parking lot. Moments later he then returned with a baseball bat. The husband swung the bat at the Auto Zone employee who still had the breaker bar in his hand. In an attempt to defend himself and his female co-worker the employee responded by swinging the breaker bar toward to enraged husband.

In doing so the employee accidentally broke and shattered the storefront window. The estranged husband then swung the bat again violently this time striking the employee several times. These blows inflicted physical injuries upon the employee for which he later received medical treatment to include stitches. Police were contacted and responded to the scene. By the time of their arrival the estranged husband had fled the store and the injured employee was at the hospital undergoing treatment.

After conducting a biased and lackluster investigation of what had transpired at the store that day police ultimately charged both men with criminal offenses: the estranged husband with Assault and Battery and Assault with a Dangerous Weapon; and the injured Auto Zone employee with Defacing Property.

In preparation for his clientӳ defense Attorney Calcagni interviewed management personnel from Auto Zone. Managers set forth in an affidavit that their employee acted in self-defense when he broke the window. Managers further attested that the employee had not been disciplined or sanctioned by the company for the shattered window and though the window had been repaired at the companyӳ expense Auto Zone did not seek restitution or financial reimbursement from its employee who remained gainfully employed in good standing with the company.

Attorney Calcagni presented this information to prosecutors and successfully convinced them that the Auto Zone employee was the victim and not the assailant in this case. He further convinced prosecutors that his client had been unjustly charged criminally not once but twice. Attorney Calcagni then successfully negotiated for this case to be dismissed again permanently.