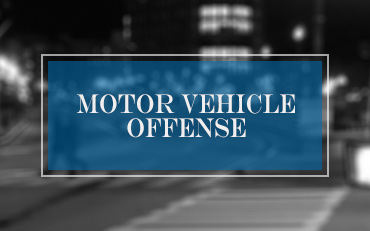 Portsmouth Police stopped a female motorist who fled from the scene of an auto accident.  The woman struck another vehicle that she claimed was stalking her on the highway.  Fearful of the other motorist, she left the scene at a high rate of speed.  The aggrieved motorist called police who located and stopped the woman.  Police charged her with Failure to Stop for an Accident Resulting in Property Damage in Rhode Island District Court.  The woman, a Brazilian citizen, had come to the United States on a visa.  She overstayed the visa, did not have a valid driver’s license, and was in the process of applying for legal residency.  She retained Rhode Island Criminal Defense Lawyer, John L. Calcagni III, the defend her in this matter.

Dismissed. Attorney John L. Calcagni III provided evidence to the Portsmouth prosecutor as to the woman’s immigration status, and most importantly, that the vehicle she operated, which belonged to her father, was both registered and insured.  Further, the insurance company accepted and paid the aggrieved motorist’s claim.  On these facts, Attorney John L. Calcagni III successfully persuaded the prosecutor to dismiss this case against his client.  The matter has since been sealed and will not adversely impact the woman’s desire to become a permanent resident of the United States.