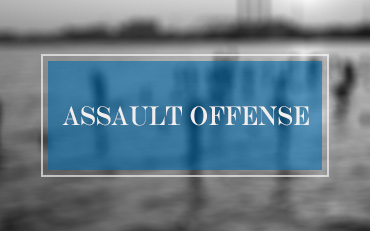 Woonsocket Police arrested an undocumented, Guatemalan man for assaulting his wife.  A neighbor called 911 after hearing screams coming from the couple’s apartment.  Upon arrival, the police were greeted by the man’s wife who presented with the appearance of fresh bruising and swelling to her nose, cheek, and mouth.  She reported to police that she was six months pregnant.  She and her husband had an argument due to his excessive consumption of alcohol.  While intoxicated, she claimed that he cornered her in their bedroom, punched her in the face several times, and then punched her once on her pregnant stomach.  Based on her allegations and observed injuries, Woonsocket Police arrested the man for Domestic Assault and Domestic Disorderly Conduct.  He immediately retained Rhode Island Criminal Domestic Assault Lawyer, John L. Calcagni III, to defend him in this matter.

Dismissed. The man’s greatest concern was that he is not a U.S. Citizen and had a residency application pending.  A conviction of any kind would derail his efforts to ultimately become a Lawful Permanent Resident, and one day, a Naturalized U.S. Citizen.  Given this information and the support of the man’s wife, Attorney Calcagni successfully convinced the prosecution to dismiss this case and its domestic violence charges against his client.