A Man with Two Warrants in Two Courts: Surrendered and Released on Same Day 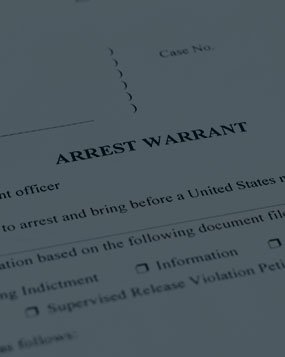 A man was charged in the Fall River District Court with Operating Under the Influence of Drugs, 2nd Offense, Possession of Methamphetamines, and multiple driving offenses after nearly rear-ending the vehicle in front of him in Swansea, MA. Four months later, while his Fall River Case was pending, he was arrested and charged in Wareham District Court with Operating Under the Influence of Drugs, 2nd Offense, Operating a Motor Vehicle with a Suspended License, and Marked Lanes Violation. Following this second arrest, his bail was revoked in Fall River, causing his incarceration for 90 days. Upon his release, he resolved the Fall River case with two years of probation. One month later, he was arrested in Rhode Island again for similar charges. He was held there without bail for 90 days, which caused two warrants to be issued for his arrest in Massachusetts for failing to appear in Wareham District Court and violating the terms and conditions of his probation in Fall River District Court. Once released in Rhode Island, the man never reported to Massachusetts. After the passage of nearly three years, he contacted Rhode Island and Massachusetts Criminal Defense Lawyer, John L. Calcagni III, to help remove the warrants and resolve the underlying cases. Attorney Calcagni and his team formulated a plan to surrender the man before both Courts in one day. They first appeared in Wareham and successfully negotiated for the man’s release on $2,000 cash bail with the condition that he provide bi-weekly drug screens. The man posted bail and headed directly to Fall River. Once there, Attorney Calcagni’s team successfully opposed the Probation Department’s request that the man be detained pending a final probation violation hearing. In summary, Attorney Calcagni and his team facilitated the removal of two warrants in two courts in one day.