The Rulebook: Illegal Search and Seizure 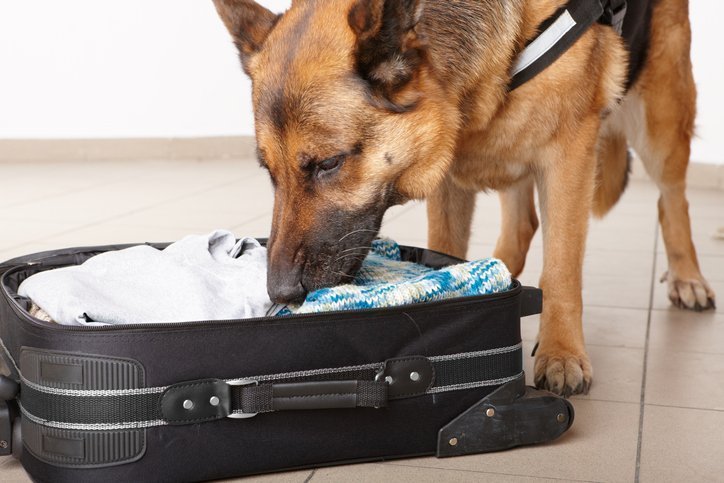 At this moment the King, who had been for some time busily writing in his note-book, called out “Silence!”, and read out from his book, “Rule Forty-two.  All persons more than a mile high to leave the court.”

Everybody looked at Alice.

“Well, I sha’n’t go, at any rate,” said Alice: “besides, that’s not a regular rule; you invented it just now.”

Once upon a time, warrantless searches and seizures were said to be unreasonable, subject only to “a few specifically established and well-delineated exceptions.”  (the Supreme Court in Katz v. U.S., 1967).  But, over the years, courts have carved out (some critics might even say “invented”) so many exceptions to the warrant requirement that the exceptions are no longer few in number nor narrowly defined.  Therefore, police and prosecutors preserve evidence for trial, evidence that law enforcement obtained through a warrantless search and seizure, by fitting the facts within one of these now numerous “exceptions” to the warrant requirement.

The job of the defense attorney is to carefully examine the reasons for not obtaining a search warrant in advance, point out that the facts of the case do not fit within the exception, and, having found a theory and case support, urge the court not to let the exceptions swallow up the general rule and the constitutional rights of the client.

For example, although an arrest is clearly a “seizure,” not every encounter with police qualifies as an “arrest.”  The police, like any citizen, may simply ask to speak with a person, assuming that the uniform or the badge will cause the person to agree to stop and listen and talk, rather than simply walk away.

In some instances, brief “detentions” based on suspicious behavior are allowed so that the police can investigate, but these stops are allowed only if the police can state the facts that would have led to such a “reasonable,” and brief, forced detention.

Even traffic stops need to be based on showing facts leading the officer to conclude that a traffic violation has occurred, although it is surprising how many people seem to have their tires “cross over the lane line” or a license plate that is so dirty that it can’t be read.

Similarly, there is no “search” triggering the application of the constitutional requirements when the police see things “in plain view,” as long as they are where they have a right to be.  A traffic stop may put the police in a position to see, or smell, illegal items in the car.  Or, if someone allows a police officer into his house, even if the “officer” says that he is delivering a pizza, whatever they can see within the house is “in plain view.”  (Yes, the police can lie—it is allowed in the rulebook.)

They can even use some technically advanced devices to observe a citizen from afar, or in the dark—for example, binoculars, telescopes, flashlights, planes.  In another rule, when a private citizen snoops, what he does and how he does it is not subject to constitutional restraints.

If a private person violates the law to obtain evidence, the person subject to the search cannot complain.  However, it is important for the attorney to examine the possibility of police encouragement of such behavior, making it a search by an agent of the police.

When there is something recognized as a “search” or “seizure” controlled by constitutional limitations, the many “exceptions” in the latest version of the “Rulebook” come into play.  Many of these involve “emergency” situations where the officers who have probable cause to search should not be “burdened” with the warrant requirement.

So, in order to ensure his safety, an officer is allowed to frisk a suspect for weapons or search an arrestee and his surroundings for weapons and/or evidence that might be destroyed.

Similarly, the warrant requirement may be waived where the police are in hot pursuit of a fleeing felon, are trying to prevent the destruction of property, or are coming to the aid of a person in danger.  Sometimes the immediate need to act stems from the location of the item or area searched.  Thus, officers with probable cause to detain and search may typically do so without a warrant where the seizure occurs at the border, at sea, in airports, or in an automobile.  But, sometimes forgotten, in most instances, the officer still must state supporting facts meeting shifting standards of cause and an emergency.

A suspect can surrender constitutional protections when he abandons the evidence in question by throwing it away when confronted by police.  Sometimes it seems that when the police are around, everyone suffers from the disease of “dropsy,” dropping or throwing evidence away that is then scooped up by police.  Finders, keepers!

The police may search without a warrant, and without probable cause, when consent is given by the suspect—even implied consent, which sometimes is just silence when asked or a slight nod of the head.

The legality of the seizure in such cases may depend on the voluntary nature of the consent (was it merely the failure to say “no” when police claimed the right to search?), or perhaps the right of the person who allows the search to consent to it (the girlfriend who is visiting or the ex-girlfriend who no longer has the right to stay in the apartment), or maybe the scope of the permission given (allowing the police to look around to be sure no one is hiding in an apartment doesn’t give them the right to open backpacks, drawers, or shoeboxes.

In order to be successful, an attorney must be familiar with the everchanging rulebook, keeping up to date with recent cases and having the ability to argue requirements that remain, even if the primary rule has been changed.

Someone facing charges should seek the services of an attorney who puts an emphasis on keeping up with the law, and not losing sight of the reasons underlying the particular rules of law in question, in order to adequately and successfully represent his client.

The Law Office of John L. Calcagni III strives to know the law, including recent or anticipated changes, find potential ways around some of the harsher “law and order” rules that affect the rights of citizens, and perhaps even work toward creating new rules that favor individual rights.  Call us today for a free consultation.