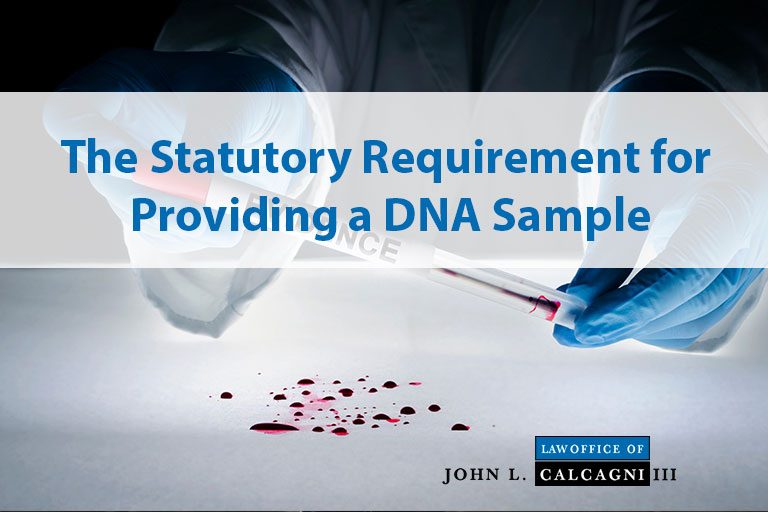 Crimes of violence for DNA sample collection purposes include:

Once a DNA sample is obtained from the defendant, it is provided to the Department of Health for inclusion in a DNA database administered by the State of Rhode Island, which is accessible by state and local law enforcement officials. The DNA sample is also provided to the Federal Bureau of Investigation for inclusion in the nationwide DNA index system known as CODIS.

Before a DNA sample may be uploaded into the database, the defendant must be arraigned before a judicial officer who made a finding that there was probable cause for the person’s arrest.

If the arrestee fails to appear at arraignment or flees

Additionally, if the arrestee fails to appear at arraignment or flees, the DNA will still be uploaded.  If the judicial officer makes a finding that there was no probable cause for the defendant’s arrest, the DNA sample must be immediately destroyed, and the arresting police department and the defendant’s attorney must both be notified of its destruction.

The law also allows a person who is arrested for a crime of violence to consent to or request that the DNA sample be processed prior to arraignment for the sole purpose of having it compared to a sample taken from a crime scene or otherwise collected as evidence.

When is it required to provide a DNA sample?

When a person pleads guilty or nolo contendere to a felony, he or she is required to provide a DNA sample.  It will not matter if the person is sentenced to imprisonment or to a sentence that does not include prisons, such as straight probation or a suspended jail sentence with probation.

The DNA sample is required so long as the person was convicted of either a felony or crime of violence.  The term “convicted” is given a broad meaning in the context of providing DNA samples. For instance, under Rhode Island criminal law, when a person receives a deferred sentence, which is not considered a criminal conviction, a DNA sample is still provided.

The same is true for those persons who are referred to and accepted to participate in the Superior Court Diversion Program.   In both instances, once the underlying charges become eligible for expungement or sealing, the defendant may apply for removal of his or her DNA sample from the above-referenced databases.

If you are charged with a felony offense or crime of violence in Rhode Island, you need an experienced criminal defense attorney on your team to ensure you receive optimal case results. Contact Rhode Island Criminal Defense Attorney John L. Calcagni III today for a free consultation contact us or call us at (401) 351-5100.