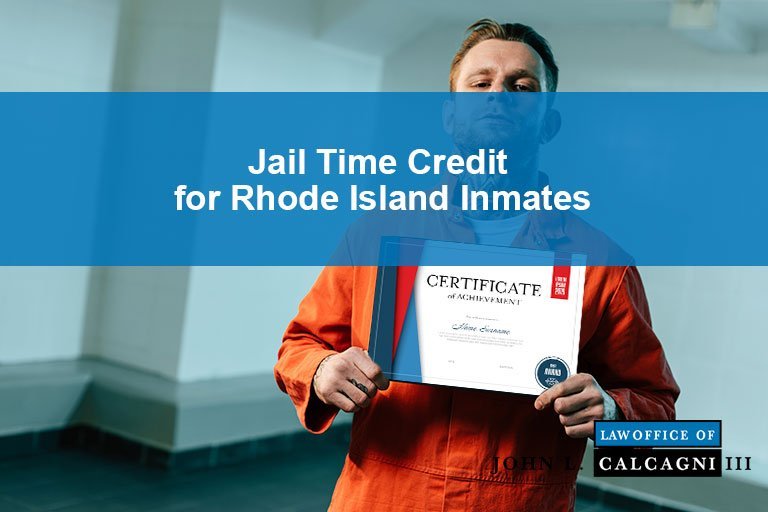 In Rhode Island, after a criminal defendant is convicted of a crime and sentenced to a term of incarceration at the Adult Correctional Institute (“ACI”), he or she may be eligible to receive a reduction in the actual time to serve.  This is referred to as jail time credit.  Jail time credit is expressed in actual days off from an imposed jail sentence.  The more jail time credit that an inmate receives, the less time he or she will spend behind bars.

Not all inmates are eligible

An inmate who has committed a good time ineligible offense may only earn up to 5 days per month.

These inmates are also barred from earning credit for participating in or completing approved courses or programs.

An inmate who has committed a good time eligible sex offense may only earn up to 15 days per month.

Under this restriction, inmates may receive the same number of days of good time credit per month equal to the number of years imposed for their jail sentence.

The last form of jail time credit is awarded for performing a meritorious service.  This service credit can be earned several ways.

Under Rhode Island law, the Parole Board considers an inmate’s jail time credit when considering him for early release on parole.  Most inmates are considered for parole after they serve at least one-third of an imposed prison sentence.  When computing the required one-third, the Parole Board considers any earned good time, industrial time, and program participation and/or completion time that an inmate has received.  Once the inmate is deemed eligible for parole, the inmate will be released and serve the remaining period of his sentence on parole supervision. The Parole Board will set any terms or conditions the parolee must adhere to while on supervision.

A parolee is different from a probationer in many ways, but one important difference is that a probationer may apply for early termination whereas traditionally, a parolee had no such opportunity for an early end to parole. Under a new Rhode Island law enacted in July 2021, an individual on parole supervision may now apply for early termination of parole.

In addition, parolees serving on parole supervision may also earn compliance credit.  This credit under R.I.G.L. § 13-8-11 allows an offender to have a parole supervision period reduced based on good behavior or compliance during the supervision period. The credit does not apply to those serving a sentence for felony murder, sexual assault, and child molestation.  How the credits are applied is that on the first day of every month, an eligible parolee shall earn five (5) days of compliance credits if the he or she, for the month prior, has not had any documented behavior which would be considered a violation of parole.  Compliance credits then reduce the time that a parolee is subject to parole board supervision.

If you are a Rhode Island inmate serving a term of parole supervision and have questions about how potential compliance credits may impact your eligibility to terminate your supervision early, contact Rhode Island Criminal Defense Lawyer John L. Calcagni III today at (401) 351-5100 for a free consultation.