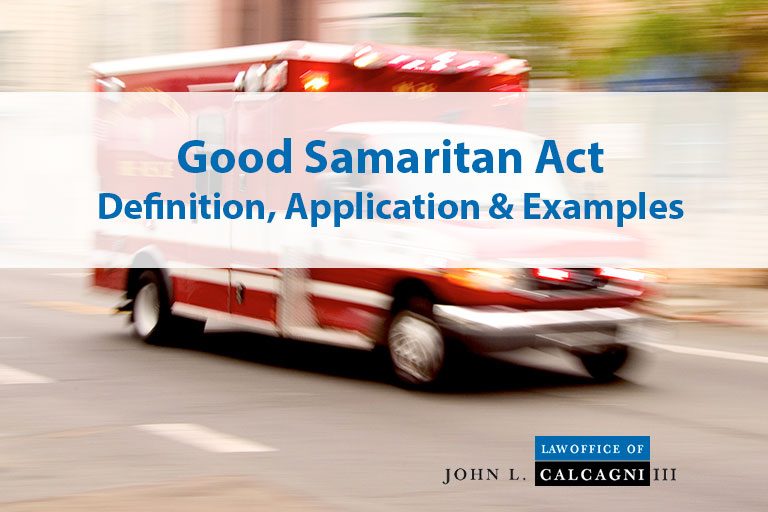 The Rhode Island Good Samaritan Act found at R.I.G.L. § 21-28.9-4 provides immunity to a certain class of persons against criminal prosecution for drug offenses.  Under this law, any person who, in good faith, seeks medical assistance for another person experiencing a drug or alcohol-related overdose or medical emergency, shall not be charged or prosecuted for possessing a controlled substance, drug paraphernalia, or operating drug-involved premises such as a stash house or common narcotics nuisance.

The law provides similar protection to the person(s) who suffer from an overdose or medical emergency.  The immunity afforded by the Good Samaritan Act applies to both new criminal charges, as well as alleged violations of probation or parole.

The Goal of the Good Samaritan Law

The goal of this law is to encourage people to seek medical assistance for any person experiencing a drug or alcohol-related overdose or medical emergency without fear or concern for criminal liability or the potential for criminal prosecution.

Examples of where the law would apply are as follows:

A motorist passes out behind the wheel of a vehicle and is discovered by police to have suffered from a drug or alcohol-related overdose or medical emergency.  The motorist will not be subject to prosecution for the substance(s) detected in his blood or discovered on his person and/or within the vehicle.

Two people are using drugs together and one of them overdoses.  The other does not experience an overdose and calls 911.  Neither the victim of the overdose nor the 911 caller will be subject to criminal prosecution for the heroin and heroin-using paraphernalia, such as a syringe and other items, discovered by police and emergency responders at the scene.+

Application of the Good Samaritan Law

Application of the Good Samaritan Law may occur in one of three circumstances.

Contacting an Attorney to Learn About the Good Samaritan Law