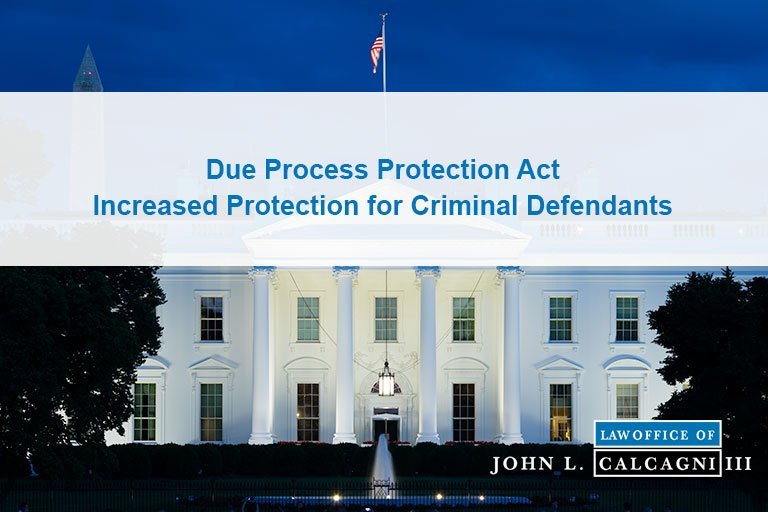 On October 21, 2020, President Trump signed into law the Due Process Protections Act (“the Act”). This Act provides additional protections for criminal defendants’ due process right to receive material exculpatory evidence from prosecutors before trial.  Exculpatory evidence is that which tends to demonstrate a defendant’s innocence or lessens his or her culpability.

This type of evidence is also referred to as Brady material, following the Unites States Supreme Court decision of Brady v. Maryland, which stands for the proposition that is constitutional violation of due process for the prosecution in a criminal case to withhold evidence an accused has requested that is favorable and material to either guilt or punishment.

Although prosecutors have a constitutional obligation to disclose Brady materials, history has shown that prosecutors either intentionally or negligently failed to meet their ethical and constitutional obligation to disclose this important material, where it exists.  The Due Process Protections Act was promulgated to improve the free flow of this important and discoverable information.

Prior to Due Process Protections Act

Prior to Due Process Protections Act, judges played no role in the Brady disclosure process.  Now, under the Act and Federal Rule of Criminal Procedure 5, on the first scheduled court date, in a federal criminal case, federal magistrates and/or judges must issue both oral and written orders outlining the Brady disclosure obligations of prosecutors and the possible consequences for violating such orders.

There is no obligation by prosecutors to provide exculpatory evidence to a defendant during plea negotiations.  This may lead to ill-informed guilty pleas.

Once the Court issues a pretrial order

Once the Court issues a pretrial order under the Due Process Protections Act, prosecutors are placed on express notice of the obligation to make Brady disclosures before trial.

Defendants should pay careful attention to these pretrial orders, and disclosure deadlines, in order to enforce compliance by the filing of pretrial motions to dismiss, to exclude evidence at trial that was disclosed untimely, or for other sanctions.

Defendants should also make written discovery requests for Brady material in order to preserve the issue on appeal, to protect the record regarding the potential Brady or Due Process Act violation, and to maximize the chances of getting relief from the courts with these pretrial Brady violation motions.

If you have been charged with a federal crime in United States District Court, please contact the Law Office of John L. Calcagni III at (401) 351-5100 for a free consultation.